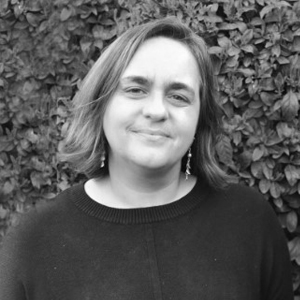 I graduated as a Biologist the year 1994 and performed my undergraduate studies under the supervision of Prof Nibaldo Inestrosa in the Catholic University (Chile). Then, I won a fellowship from the Flemish community to perform my PhD in Biomedical Sciences at the Center of Human Genetics at the Catholic University of Leuven (KUL) in Belgium.  In the lab of Prof Fred Van Leuven I worked on the central cholinergic system pathology of animal models of Alzheimer Disease. Then, in the year 2000, I moved with a Fainberg Fellowship to the Molecular Neurobiology lab led by Prof Mike Fainzilber at the Weizmann Institute of Science, Israel. In Mike´s group I started working in neurotrophin signaling. I also won a short-term EMBO fellowshipto visit the Max Plank Institute (Gottingen) to learn protein labelling. I became an independent researcher in 2003, as an assistant professor at the Physiology Department of the Catholic University with an Andes Fellowship for young scientist. In January 2009, I was appointed associate professor in the Physiology Department. In the year 2017, I was a visiting scientist in the University College London (UCL, UK) in the lab of Prof GiamPietro Schiavo. I moved to the Institute of Biomedical Science (ICB) from Andres Bello University, as a Full Professor, in May 2019.

I have given presentations in international and national events including invitation as a speaker in different international conferences such us Gordon Conferences, EMBO workshops, ISN and NGF meetings.

Since the year 2003, I have supervised the research work of more than 30 students (including undergraduates, graduates and postdocs). Between the years 2008-2010 I participated as a member of the study section group “Biology 2” of CONICYT and between 2012-2014 I was the chair of the PhD program in Physiology (PUC). In 2012, I was awarded with the Woman Excellence Award in Research from the Chilean Science National Academy and I joined the reviewing editorial board of the J of Biol Chem. I also joined the editorial board of Scientific Report, from the Nature Publishing Group (2015) and Frontiers in Cellular Neuroscience in 2018. Between the years 2015-2019 I was vice-president and then president of the Chilean Cell Biology Society (SBCCh).

More recently, we are studying neuromodulators and functional lipids derived from macroalgae for their use as nutraceutical and/or functional food to prevent or treat neuronal ischemic damage (such as stroke) and aging.